NEED HELP PLANNING? CONTACT US GIFT AN EXPERIENCE TO YOUR LOVED ONES OUR #SUPPORTLOCAL MISSION

This is a private 3D2N island hopping trip around Komodo National Park. The boat departs every day. The 3-day extensive trip allows you to explore, discover and experience the Indonesian- styled adventure these Islands have to offer. National Park fee is excluded. The itinerary can be tailored as per the guests' requirements. PLEASE NOTE: during the months of January-March there is a higher likelihood of inclement weather which would prevent any boats from going out to Komodo National Park. In an event that a trip is cancelled due to inclement weather, we would provide you with a full refund.

Your host provides free pick up from:
Details

Today you'll trek around the beautiful Rinca Island and get the chance to spot the Komodo Dragons!

Today you'll trek at Padar Island and see the iconic view, and see the coral hued Pink Beach. If you're lucky enough, swim with Manta Rays.

View details
This is a sample itinerary and may be weather-dependent.

Kamana Trip
Kamana Trip was formed in 2017 by a travel blogger from Bandung, Indonesia. He was on a trip to his dream destination, Komodo National Park, and found it incredibly frustrating dealing with the yet-developing tourism industry in Komodo. He founded Kamana Trip so that he could bring about a higher quality of service to travellers to Komodo, with better boats at affordable prices.
4.5 (15 reviews)
5 years experience
Basic English, Bahasa
Community-Based
Litter-Free

What others are saying

What others are saying

We are very sorry to hear you did not have an enjoyable experience during your trip to Komodo National Park.
Our listing does say that the itinerary is weather dependent (please note the language at the itinerary section: This is a sample itinerary and may be weather-dependent. Start/end times may depend on transport chosen.) It is not always possible to make it to all the islands due to safety reasons. This was the unfortunate case during your trip and the reason why the captain directed the route to Rinca rather than Komodo.

The itinerary advertises only four locations. You will note there is a slash between Manjerite and Kelor. I'm sorry if that was not clear.

Finally, we are not sure what you mean by "crew makes money" from the park entrance fees. These fees are set by Komodo National Park, and the crew assist to collect and pay the fees so as to expedite the process. If there is something else you have in mind, do let us know.

Once again our sincere apologies your trip did not go as planned.

Kamana Trip 13 Apr 2020
2D1N Padar Sunrise, Pink Beach Snorkelling & Rinca Dragons (Daily Departure)
Asiem Sanyal
1 Day Speed Boat in Komodo National Park - Snorkel and Dragons
Really enjoyed the trip. I especially liked swimming with the Manta Rays that was a once in a lifetime experience! The food was very tasty and our guide Teddy was very friendly and knowledgeable. My only criticism would be that I felt a bit cramped on the boat, it was very hot and when the boat wasn't moving it felt very stuffy. We were right at the front so could open the window. Really enjoyed the day though I would definitely recommend.
Katie Barratt
We had 2days1night private trip with 3 people. The boat was very nice, clean, and the staffs maintained its cleanliness very well. The staffs were very nice, they served us many foods and they were all delicious! The guide was also willingly to explain all about labuan bajo. We hope to stay longer but we couldn’t, too bad!
9631astrid

Cancellation Policy
As Kamana Trip would be holding the slot for you and turning down other potential customers, you won’t be able to cancel after you book.
In the Event of a Government Lockdown
If there is a government lockdown that prevent you from going on your trip, you may get a full refund via Seek Sophie credits or reschedule at no additional costs. Otherwise, we would do our best to help you reschedule in other cases. Read our full policy here.

The boat crew will check the temperature of all guests upon arrival. Hand sanitizer will be available on the boat. Guests must follow the health protocol. The crew will disinfectant all areas including the guest's cabin.

Helpful Questions from Our Community

No Results Based On Your Search

Get amazing travel inspirations, tips and latest deals delivered to your inbox. 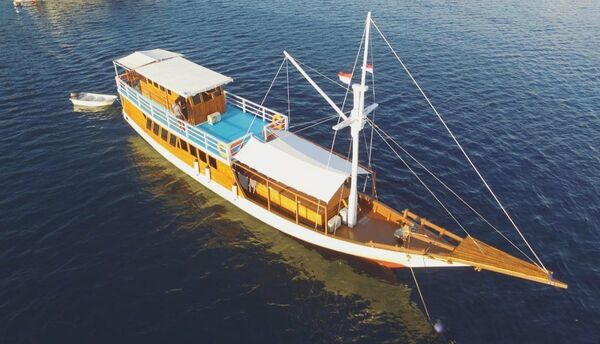 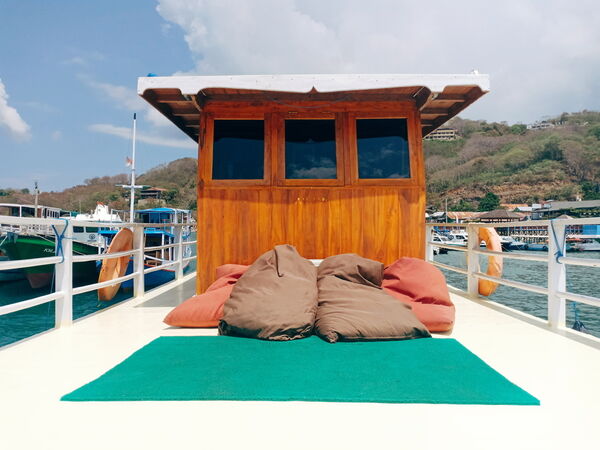 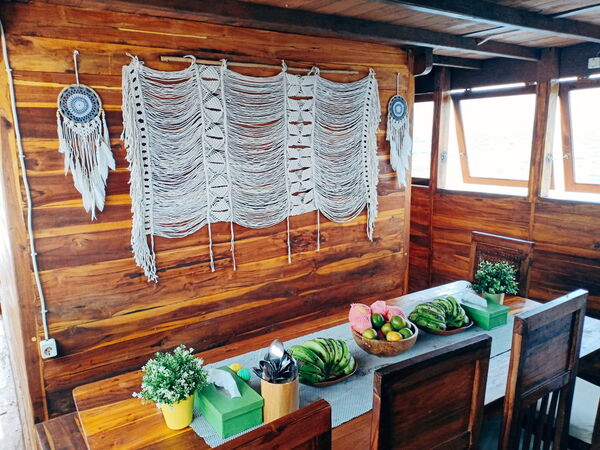 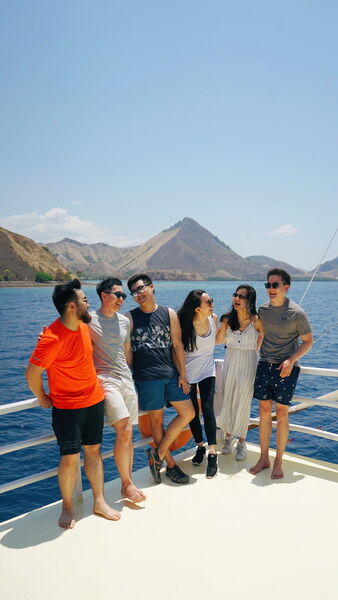 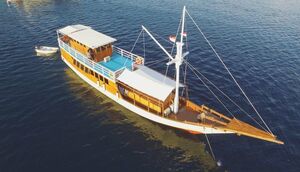 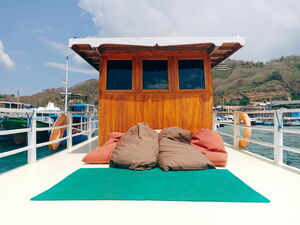 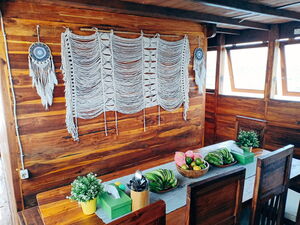 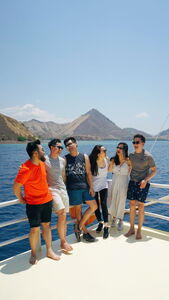